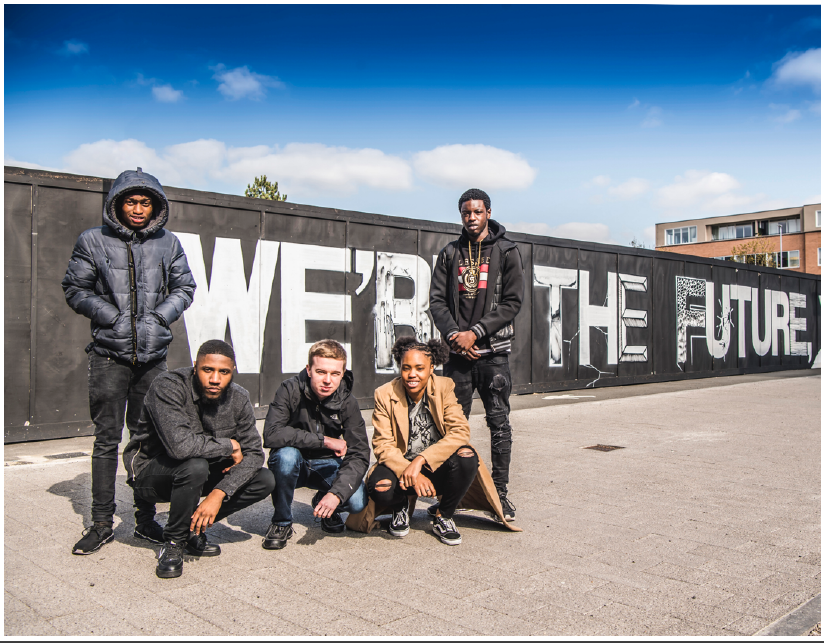 Many of the young people XLP support struggle daily with issues such as family breakdown, unemployment, education failure or gang related crime. By engaging in long-term relationships, the charity restores trust and empowers youths to complete their education, avoid anti-social behaviour and become independent and confident contributors to their communities.

The corporate partnership between both organisations includes a donation match on annual fundraising activities by the Olive team, supplemented by an Olive annual monetary donation, as well as some IT and communications equipment. The overall target is to raise enough to fund at least one additional full time XLP support worker annually.

In addition, members of the Olive team are also giving up their own time to volunteer and train as mentors in support of young people.

“Having come from what could be described as a disadvantaged London inner-city background myself, this is a cause very close to my heart. I was brought up in a single parent family, on a Lambeth housing estate and leaving school at 15 without qualifications I thought I had it tough. For young people today it is much harder than back then to break out and overcome the societal and discriminatory challenges that exist in today’s world. At Olive, I now run a team of 130 people from incredibly varied backgrounds, some formally educated and some not, with a diverse gender and ethnicity balance, all of whom are amazingly committed and talented, and many have fought adversity of some kind to be successful in their own right. I’m delighted that my team are so enthusiastic about helping XLP in developing the next generation of young people who could so easily be overlooked without the right support. "

“It’s been a difficult year for all of us, but the challenges of the pandemic will impact those from disadvantaged backgrounds even harder, trying to deal with restricted movement, reduced social interaction in clubs and classes and “online” learning are much more difficult for young people already lacking in resources. My firm hope is that the Olive team can help in some small way to overcome those challenges in support of XLP.”

“We’re so thrilled to launch this partnership between XLP and Olive. While Olive is leading in cloud communications, XLP is leading in building relationships on the streets of London. One of XLP’s hallmarks is about being alongside disadvantaged young people for the long term.  This has been a tough year for everyone, but there are 1000s of young people who are silent victims of this pandemic. Those with worrying mental health and domestic violence issues, and a job market for young people that has rarely looked so bleak. We love Olive’s “can-do” attitude, and their passion and energy to make a difference.  Put simply. This partnership will change young people’s lives.”

Flick went on to say: “When I first engaged with XLP, I was so impressed that corporate partnership was not just about funding, but also about contributing. Funding is important of course, but when I asked the Olive team if we should donate our hospitality and entertaining budget for 2020 to XLP, not only did the team respond with a resounding “yes”, the offers of additional help to volunteer and get involved were overwhelming. My firm hope is that the Olive team can help in some small way to overcome the challenges faced by those disadvantaged youths working with the support of XLP.”

The initial term of the Corporate partnership is for two years, but the ambition is for the partnership to become long term. For further information on XLP and how it’s supporting young people post lockdown, please see this video here.

Need to stay in touch? Subscribe to our newsletter! We'll send you nothing but the latest company updates and goings on at Olive.

Get the latest views and insights from Olive directly into your inbox.